Beachin’ Fridays started in 2016, bringing the beach music scene to Mauldin. People come from all over the Upstate converge on the Mauldin Outdoor Amphitheater for evenings of shag dancing, beer and wine from Growler Haus, and food trucks.

We’ll be playing all of your favorite beach hits and more! All shows are free, so bring your dancing shoes, lawn chairs, and blankets – it’s gonna be a long, fun, Southern night!

Help bring the music to Mauldin and volunteer with us for Beachin’ Fridays in 2021! Follow the link below to sign up for a date. Plus, sign up for our volunteer e-blast for future volunteer opportunities! 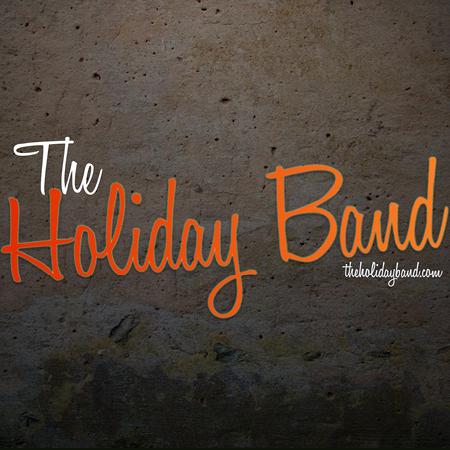 For those who haven’t seen The Holiday Band, you don’t know what you are missing. They’ve experienced a few changes over the last few years, but are the strongest they’ve ever been. The band is standing tall with Mike Taylor (Vocals, Guitar & Keyboards), Bob Martin (Saxophone), Tim Taylor (Vocals, Bass Guitar), Ronnie Farrington (Vocals, Bass Guitar, Keys, Guitar), Wayne Moore (Drums, Vocals), and Lucas Cook (Keys). They’ve recently added Chase Given (Vocals, Trumpet, Keys, Guitar) and Maurice Leggett running sound. This line-up provides the strongest and most diverse band that the Holiday Band has seen ever, and it shows in the faces that see the band play. 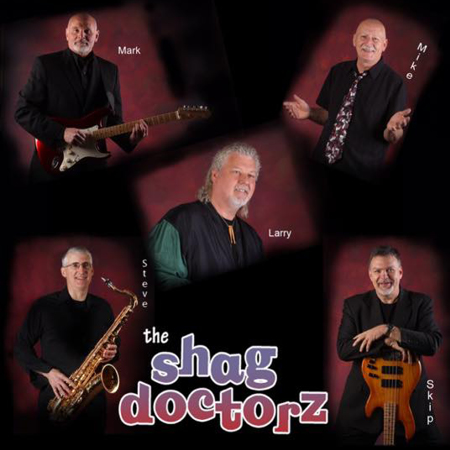 By way of the fresh water coast,The Shag Doctorz hail from the Upstate South Carolina,in and around the Greenville-Spartanburg area. A favorite among the shaggers and beach music crowd,this five piece band pumps out live Carolina Beach Music and some of your favorite oldies. From Edisto Island to Myrtle Beach and all around North and South Carolina,The Doctorz are out trying to do their part in preserving and keeping this music alive.

The Shag Doctorz have been nominated twice for the “Rising Star” award by the CBMA (Carolina Beach Music Association). The band members are a diversified group of musicians who love to entertain and, along with their sound production crew Music Maker, are ready to see you smile and shag the night away!

“We don’t have fans, we have friends.” — The Shag Doctorz 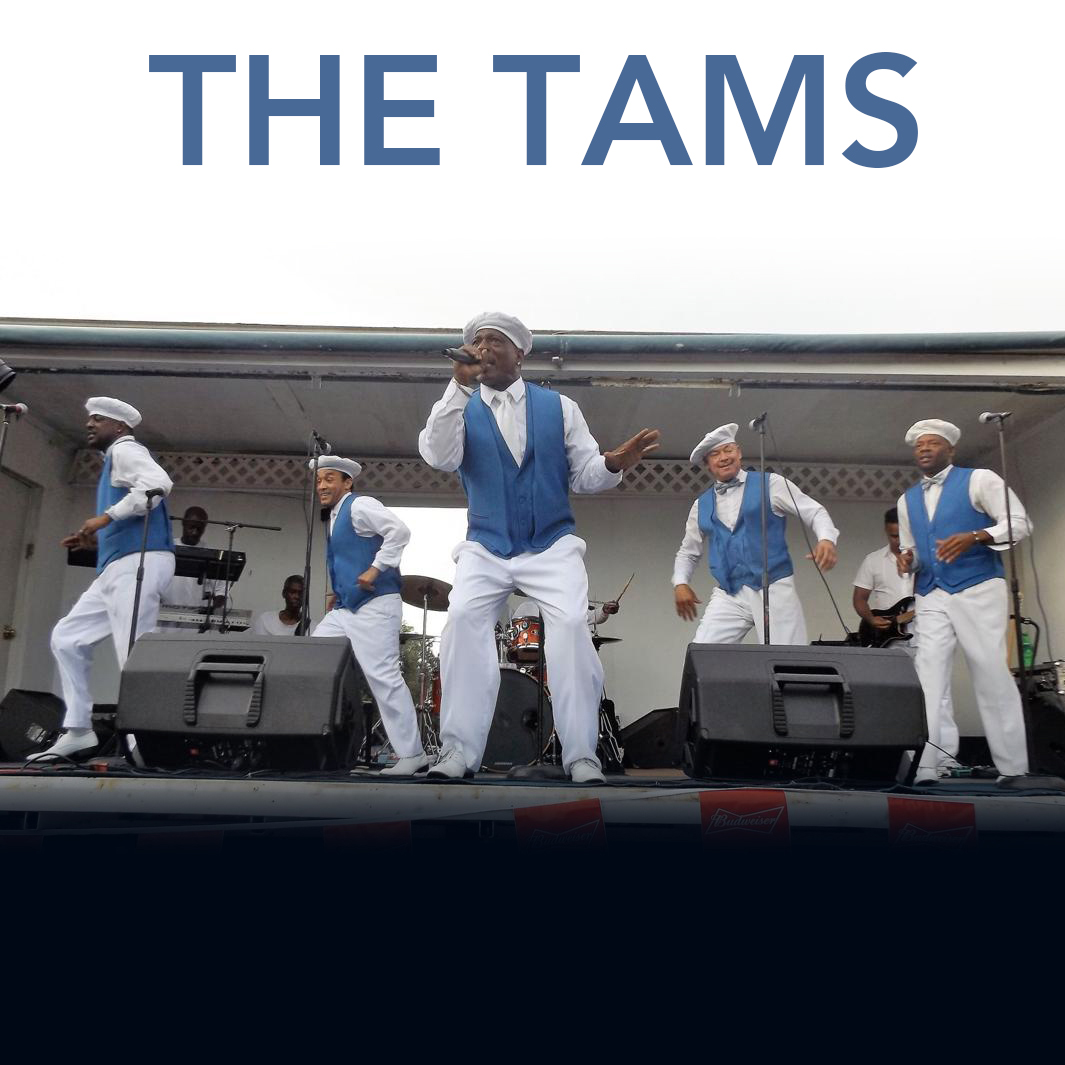 To hear it, you might think you just stepped into Motown. To breathe it, you smell a tropical breeze caressing a sandy beach. To feel it, you let the rhythm grasp your body and whirl it into motion. To see it, is like an extravaganza of light and energy. But to experience it, you must say it… ”I want the Tams!”

The Tams are one of America’s all time favorite recording acts. World renown for their special blend of music that makes up the Beach Music sound, the Tams entertain crowds around the globe nearly 300 days a year! Probably best known for their 1968 gold hit, “Be Young, Be Foolish, Be Happy”, the Tams are celebrating the recent success of their newest single, “Ain”t Nothing Like Shagging”, which reached number 8 on the European charts.

The group began performing in local taverns and nightclubs for wages of $1.25 each. To them this money was from heaven. Imagine – getting paid to sing. Initial pay of these early days only provided enough money to buy matching multi colored Tam O’Shanter hats on stage – in which local patrons of the night spots nicknamed them The Tams, a name that would eventually be known around the world.

In 1962, producer Bill Lowery agreed to cut one demo single on the group. To his surprise, the record gained much regional success, allowing him to negotiate a major recording contract with ABC records. Their first album, “Presenting the Tams”, produced a number one record, “What Kind Of Fool (Do You Think I Am)”. This propelled The Tams into professional status and national popularity. They soon found themselves playing to sold out auditoriums from The Howard Theater in Washington, DC to the famed Apollo Theater in New York City.

A string of hits followed, including “You Lied To Your Daddy”, “Hey Girl”, “I”ve Been Hurt”, “It”s Better To Have Loved A Little”, and “Be Young, Be Foolish, Be Happy”. During this time, the Tams developed a spectacular revue touring with their own 14 Karat Gold Band.

After years of appearances and 10 albums The Tams have been honored with two Gold Records. In 1986 the group received the coveted award and title “Beach Band of the Decade”, at the Beach Music Awards. In 1988, The Tams were spotlighted as the Outstanding Black Musical Group by the Atlanta Black History Awards. In 1992, The Tams were inducted into the Georgia Music Hall of Fame.

The Tams are a group that has bridged the generations of music. Their unique sound spans all ages, styles and regions. They are classic with an exhilarating stage show. Charles Pope, original member, brother to the late Joe Pope, Lil Redd has been with the Tams for 35 years, since he was 6 years old and Ronnie Hat, Reginald Preston, Robert Arnold and Elton Richardson has been a members for over 15 years. They are the Beach, they are good times, they are simply rock and roll at its finest. 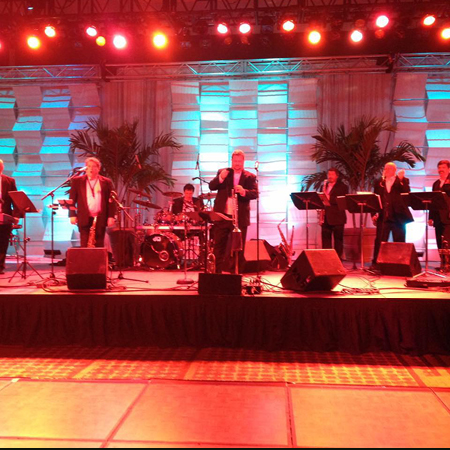 The Carolina Coast Band evolved in 2013 from the efforts of six of the eight former members of The Out-Of-Towners Band as well as other well-known regional beach music bands from the Upstate. The band delivers a combined 90 years of experience in Beach, Motown, R&B, and Oldies music to satisfy the demands of today’s party requests. Their popularity continues to grow as they span the East Coast performing and promoting Carolina Beach Music.

The band is a member of the Carolina Beach Music Association, (CBMA), and several band members have been nominated for awards by CBMA during past years. The Carolina Coast Band travels with a seven piece band, which includes an award-winning horn section that has backed artists such as Chicago and the Temptations. They provide an action packed, high-energy stage presence along with great entertainment. 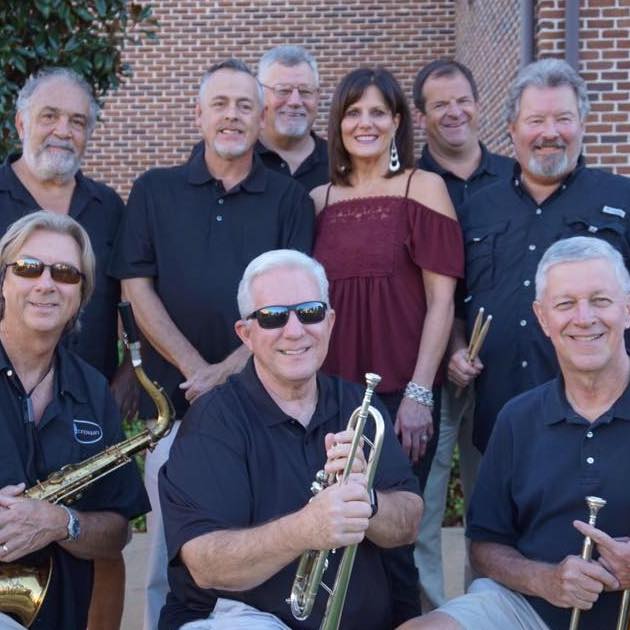 Rhythm City Band is the Upstate’s most versatile band performing music from all genres. 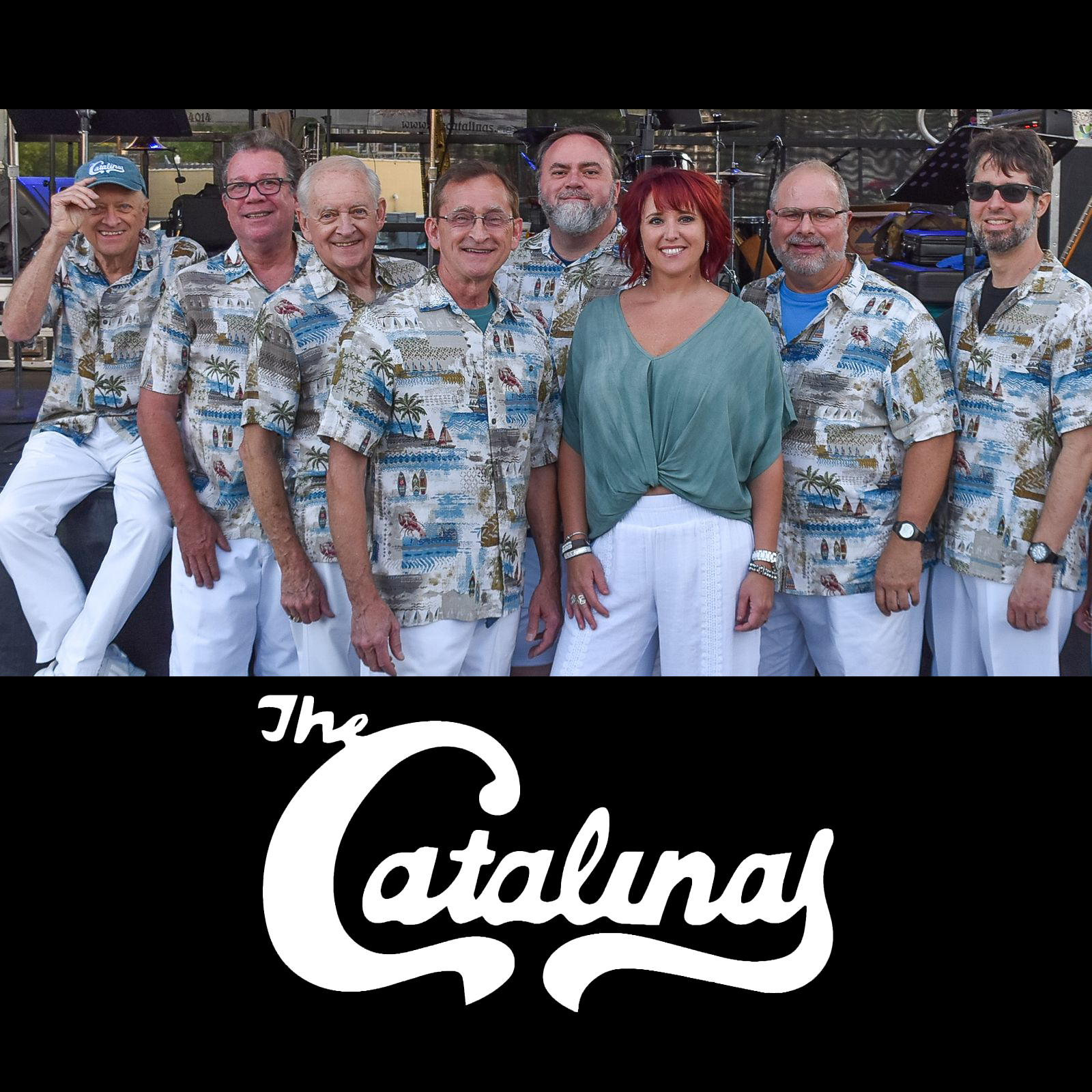 The Catalinas began in 1957 and celebrates their 63 Anniversary in 2020! The band’s popularity is based primarily in southeastern U.S. However, their music is played on radio stations in the UK, Greece and Australia to name a few. Known for their quality, tight sound and energy onstage, they are one of the “in demand” groups for city festivals, weddings and private parties, always playing a variety of music that suits all ages. Though known primarily for Beach music, regionally and nationally for the mega hit “Summertime’s Callin’ Me,” they play all styles to a high standard of excellence. “Summertime’s Callin’ Me” has become the anthem of North and South Carolina beach goers as they struggle through the winter waiting on summer to arrive.

The band’s latest CD, Dancin’ Romancin’, was nominated for “Album of the Year” at the year’s Carolina Beach Music Awards. The band’s latest single, “Beyond the Sea,” is near the top 10 on Fess Hooks chart on JukinOldies.com. The Catalinas recently welcome their newest member, Angela Resignalo as a lead vocalist in the band! Angela is from Mt Airy, NC and was recently a star performer at the Rudy Theater in Selma, NC since 2006. Be listening and watching out for new recordings featuring her very soon!

From the Southeast United States, a region long known for producing energetic and fresh musical talent, blazes the South Carolina Upstate’s own Jump Street Band. Jump Street has set the standard for new soul music in the Southeast, echoing the legendary passion of famed horn band Tower of Power.

One of the most exciting, high energy party bands anywhere, Jump Street players are seven of the best reasons to get up and move on the dance floor. Jump Street’s dynamic horn section crackles with its tight arrangements and the rhythm section grinds out funky grooves that make you jump to your feet. Jump Street’s powerful vocal section produces unbelievable harmonies and exceptional leads.

If you’re looking for high energy, stage presence and a great time, check out Jump Street’s next performance – you won’t be disappointed!

In the mid-sixties the group known as Band of Oz had its humble beginnings in eastern North Carolina. Then called The Avengers, it was a bunch of grammar and junior high school guys with a guitar and keyboard playing the sock hops at schools, private parties and an occasional club whenever the owner would risk having them.

In the late seventies, the band decided chose to concentrate on touring the Carolinas. They recorded and released their first single “Shaggin,” written by Billy Bazemore and Keith Houston, in 1978. The radio airplay and promotion catapulted the group to a new level. In 1979, they recorded their second single “Star of My Life,” written by Chuck French.

John Thompson and Butch Barnes joined the group in 1980. John’s baritone vocal gave the group a new facet and Butch’s sax and stage presence enhanced the show. In 1982, the group recorded “Ocean Boulevard,” written and produced by General Johnson and Warren Moise. “Ocean Boulevard” went on to be voted Beach Music Song of the Year and the Band of Oz won Best New Group at the Beach Music Awards. Their first album Keep Keepin’ It Up was released on Surfside Records.

In the early 80s, David Franks replaced Mickey Hardy on keyboards; Butch Barnes and Billy Bazemore were replaced by Chris Keaton (sax) and Doug Adams (vocals), who was then replaced by Gary Brown. The group completed and released their second album One More Step, containing ”Over the Rainbow.”

After the release of One More Step, the group continued performing 200 to 300 shows each year. In 1991, Butch Barnes returned and the Band of Oz began work on their third album, Let It Roll, featuring “Shama Lama Ding Dong,” which earned People’s Choice Song of the Year at the Cammy Awards in 1995 and remains one of the most requested beach songs of all time.

Jerry West replaced John Thompson in the late 90s, expanding the versatility of the group by adding a high tenor lead voice. The band’s lineup then included David Hicks (drums), Chuck French (trumpet), Butch Barnes (sax), Keith Houston (keys and guitar), Rick Strickland (bass), and Jerry West (guitar). Within months of the release of “Dancing in the Streets” Rick Strickland was replaced by David Franks. After working on their last project for more than a year, the Band of Oz released their latest album Over the Rainbow.