The Mauldin Cultural Center saw two public art installations completed December 5 – 8.  A local high school senior, Celine Crum, painted a large mural on the exterior of the facility on December 5, and Joey Manson’s “The Depot”, the first installation along the Mauldin Public Art Trail was officially unveiled on December 8. The two works represent the first works of public art to be in place at the Mauldin Cultural Center, and on any public property in Mauldin. 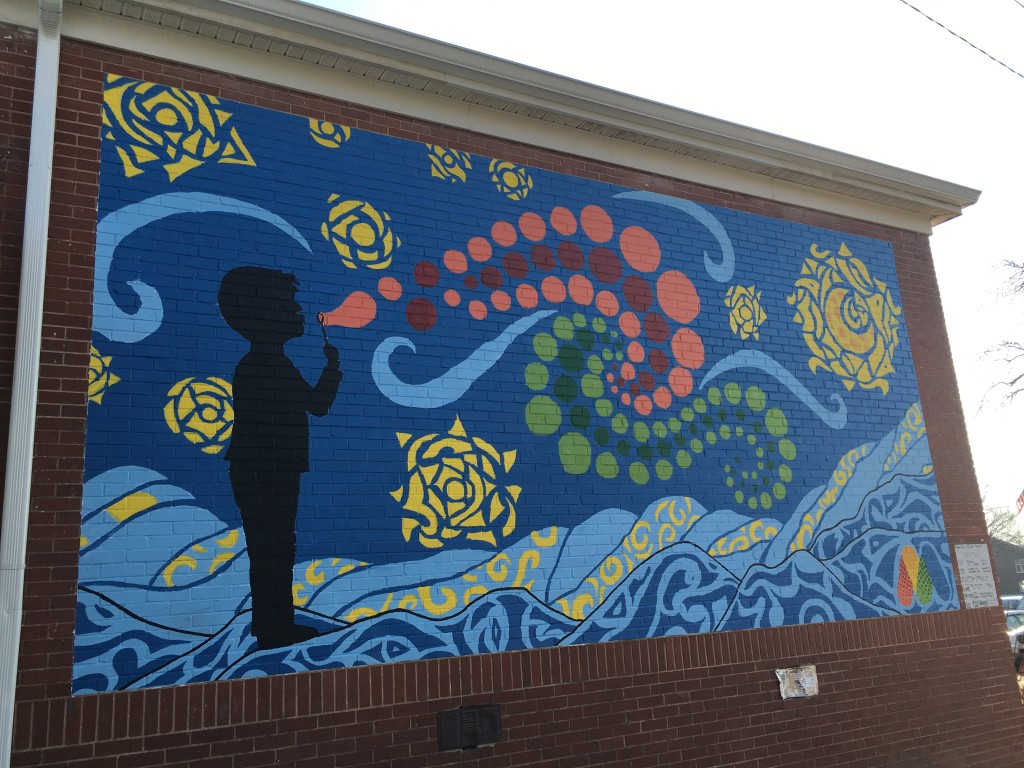 Celine Crum’s mural, the service project portion of the Emerging Public Leaders Program at Furman University which Crum participated in this summer, was completed on December 5 during the Mauldin Christmas Parade. Based on Van Gogh’s “Starry Night”, Ms. Crum’s design is meant to inspire the community to embrace creativity in children and also help drive an artistic movement in Mauldin.

“Beyond just children, the mural is intended to inspire the whole community of Mauldin to further delve into their creative sides and literally become a part of the arts. I would love to see an artistic movement in Mauldin, and I believe that it could start here,” says Crum.

The project took a little over 8 hours to complete with a team of volunteers, mostly fellow students, in addition to some prep work done the weekend before by Celine and some of her family and friends.

“I am very happy how the mural turned out. It looks better than I expected because of all the hard-working volunteers. The project successfully encompassed my vision of bringing young people together to build something greater than themselves. It is a great feeling to know that I have left a mark on Mauldin, and it is a memory I will always hold close,” added Crum. 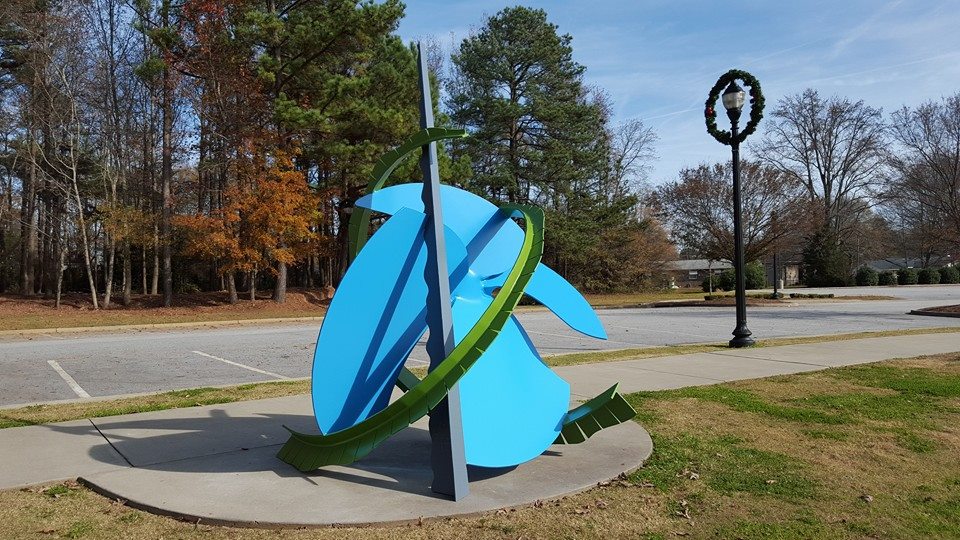 Manson, inspired by an old map of Mauldin he picked up at the library when he was submitting his design early this spring, designed “The Depot” to be an interpretation of Mauldin’s role as a “Crossroads”, which was also the theme for this year’s design competition.

“Mauldin’s historical borders were first drawn as a circle centered around a train depot. Highways now encircle a city that was once a crossroads, and the railroad still runs straight through. “The Depot” references and abstracts the historical and current transportation paths and symbolizes the dynamic forces that surround and connect Mauldin today,” reads the Artist Statement.

“This public art trail is one-of-a-kind in South Carolina,” said McLeer who developed the program as a way to re-purpose some concrete pads originally intended for a Veterans Memorial, but the Memorial was later repositioned to the front of the facility. “Every ten years, we will have a new slate of public art work along our amphitheater’s perimeter. This program will help create a consistent flow of public art throughout the community as retired works along the Trail get relocated to other public spaces in Mauldin.”

The annual selection process for the Mauldin Public Art Trail begins in January with a call for South Carolina artists to submit their qualifications to the Mauldin Cultural Council. More information will be available later this month.

The two works of public art are now on display around the Mauldin Cultural Center located at 101 East Butler Road.